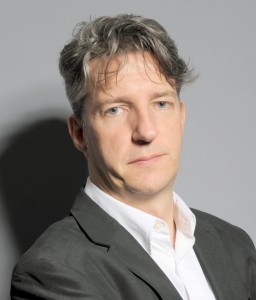 Tenc is a new and innovative analyst house

At Tenc we don’t fall for the hype. We don’t care what the markets say. We look at technology and ask the right questions and we have the experience to know when an idea and a product will work. We like to kick the tyres and we’re not afraid to say when we think something isn’t right. Our belief system is in our name.

Tenc was started by Marcus Austin an experienced internet and technology analyst and writer, who has a mixed background in internet business, IT,  content strategy, internet marketing, and developing and helping business start-ups and high-growth businesses.

Marcus has over 25 years’ experience writing about and explaining new and future technologies to business audiences in the retail, financial services and general business sector, across all sizes of business from small businesses through to enterprises.

Marcus has worked with and developed strategies for clients such as IBM, Vodafone, PC World, BT, Apple, Santander and Internet Retailing, as well as developing and editing websites such as Startups.co.uk for Crimson Business, and ITPro for Denis Publishing.

He has been involved with the Web since the early days, commissioning and writing the first articles on how to do business on the Internet in 1994 and launching Rage the UK’s first internet-only lifestyle magazine in 1995, where he created one of the first viral marketing campaigns for Guinness and created live blogs from music events like Glastonbury and the Reading Festival.  Later on he launched and edited Business 2.0 Europe, the magazine for the new economy sector, and Internet.Works the UK’s most successful Internet business magazine for Small Business.

In 2004 he was recognised as one of the UK’s top 100 Internet pioneers in the NOP E-consultancy Internet Decade awards, and won the AOP Business website of the year 2003, for his work on Startups.co.uk.

In addition to writing about technology Marcus, also has hands-on experience of using internet and cloud technologies. He currently works with saas image library and media centre business PRShots/PressArea. In 2008 he constructed the mobile strategy for the Guardian media group and successfully launched the Guardian’s mobile website m.guardian.co.uk.

The site launched in early 2009 and after just a few months, it became the UK’s third largest news and information mobile site. He also worked with insurance brand MoreThan to develop new ways of addressing their audiences using cloud-based web applications, and also worked with Hastings Direct on their mobile telematics strategy.

He has also worked with insurance brand MoreThan to develop new ways of addressing their audiences using cloud-based web applications and also worked with Hastings Direct on their mobile telematics strategy.

or see my LinkedIn page uk.linkedin.com/in/marcusja